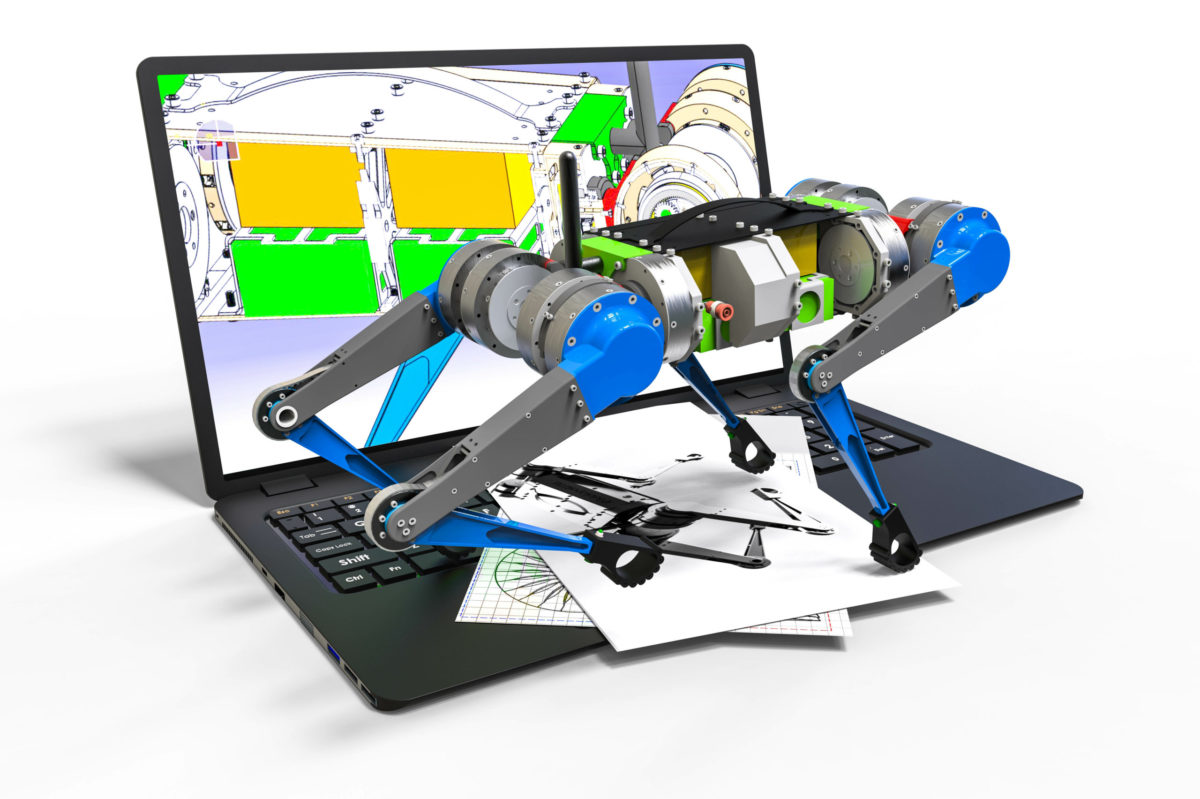 One of the universal challenges that designers can impact is weight distribution. SolidWorks allows the Bo-Dyn Bobsled Project to effortlessly implement 3D scanned images of sleds made using hand to determine where and how to incorporate new supports to make the design better. 3D viewing enables the team to test the weight and fit of components, and package them without the need to build prototypes.

Before partnering with SolidWorks, the Bo-Dyn Bobsled project had to develop prototypes using hands. There was no alternative, and this meant spending a lot of time and money on the models. 3D building and testing allow incredible precision that translates seamlessly to the final product. It is this degree of freedom that enables the Bo-Dyn Bobsled Project to better its medal-winning design.

Unlike many international bobsled teams that receive million-dollar design and research funding from the government, the Bo-Dyn Bobsled Project has to innovate on a budget. The company has to make the most out of what they have which is significantly lower than that of their competitors. The cost and time savings associated with getting designs right the first time and meeting tight deadlines wouldn’t have been a reality without the assistance of SolidWorks. Teaming up with ModernTech allowed Boy-Dyn to quickly learn the key features of SolidWorks. However, Bo-Dyn has barely scratched the surface of SolidWorks’ geometric and simulation capabilities. They are striving towards being more competitive and staying true to their commitment to developing the world’s fastest sled.

There have been significant technological advancements within bobsled construction in the United States since the Bo-Dyn Bobsled Project was launched in 1992. In terms of design, SolidWorks’ division Dassault Systems has developed 3D digital mock-ups to improve the weight distribution of bobsleds. deBotech produced advanced composite parts and lighter carbon fiber used in the bodywork of bobsleds while Exa Corp has optimized airflow over the sled’s body using computer-generated simulation.

The Bo-Dyn Bobsled Project has stayed true to its vision of designing, producing, and supplying US-built racing sleds. Before the Bo-Dyn Bobsled Project joined the bobsled scene, most Americans knew more about Jamaican bobsledders than they did about American bobsledders. However, this has changed significantly. Not only are Americans more knowledgeable about their own bobsledders, but they have gone on to make history by earning their first gold medal since 1948 in the men’s category. Winning in the Olympics is a great accomplishment since you are competing with the world’s best and brightest. The sky’s the limit for the Bo-Dyn Bobsled Project. As the company strives to be more innovative and competitive, we can only expect Bo-Dyn to continue to set bobsled standards for the United States, and for the World.…

In 2001, the Whelen Engineering Company started sponsoring the Bo-Dyn Bobsled Project and the following year Phil Kurze (also Vice President of Whelen Engineering Company) was appointed President. Shortly after the Bo-Dyn Bobsled Project finished building the world’s fastest sled dubbed the “Night Train”. The Night Train was the result of a 20-year dream. According to Kurze, it cost over a quarter-million dollars to construct the Night Train. In the Winter Olympics of 2010, the U.S bobsled team won a gold medal — the first in the men’s category since 1948 — thanks to the Night Train.

Bobsled is a very sensitive and competitive sport. It is so competitive that even 0.01 seconds could mean the difference between coming 1st or 4th. After the Winter Olympics, the teams try to cut hundredths of seconds off the time by evaluating and testing different materials and complex designs. Bo-Dyn realized that they had done everything possible with the 2D design, and started looking for new ideas. This could only be achieved by shifting to 3D design.

To increase their competitive edge, the Bo-Dyn Bobsled Project partnered with ModernTech, one of the leading Value Added Reseller of SolidWorks software to develop Night Train 2. Based in Knoxville, ModernTech is a company that offers designers and engineers with 3D training and technology for the whole product development cycle — 3D prototyping, tech publishing, data management, design, and analysis.

The initiative started in 2013 and was completed shortly after. The Night Train 2 was developed using carbon fiber instead of fiberglass and kevlar since carbon fiber has better weight distribution. Since the beginning of the Night Train 2, SolidWorks software was instrumental in collaboration, and costs and time saving. It enabled the team to exchange files with partners across the United States accelerating the design process. SolidWorks 3D apps use the 3D experience platform of Dassault Systemes to enable millions of designers and engineers to be more successful by increasing innovation. SolidWorks delivers an intuitive experience in environmental impact assessment, data management, publishing, simulation, and product design.

For the Bo-Dyn Bobsled Project to continue being successful, it needed to make the most of new materials and concepts, one way to do this was by outsourcing specialized jobs to subcontractors. One of the huge benefits when collaborating with subcontractors was being able to take parts of the finished designs from SolidWorks. This allowed sharing of the relevant parts with the CNC partners who could easily capture the intended essence and produce the design required. SolidWorks made it possible the preciseness of the design by increasing the machined parts’ control tolerances.…